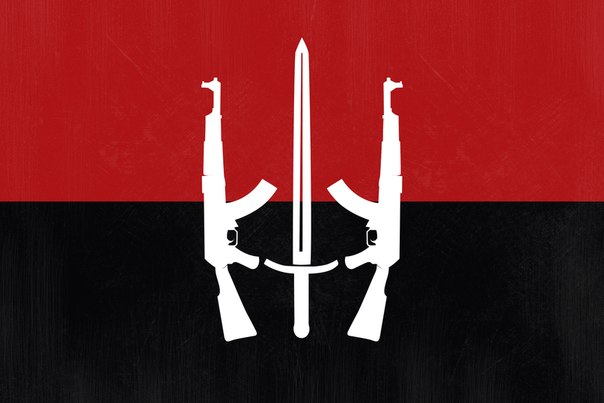 The Ukrainian people, after decades of walking in neat rows under the sign of “sovok” (Soviet Union), finally proclaimed independence. However, they didn’t select a new ideology as a guide for their social development. Eventually the lack of ideology turned into the lack of principles, more precisely into the tolerance to antisocial behavior (violation of the law, in simple terms) and perverse thirst for enrichment.

Those who come to the helm, manage the state as they deem it fit, but their personal competencies, beliefs, preferences, and principles (or rather, lack of principles) we usually learn after the fact.

Worldview of a person, who by the will of fate in any given period of time occupies the presidency, despite the knowledge of foreign languages and the ability to distinguish between debit and credit, may very well remain at the level of a medieval haggler, especially if about the debit and credit he learned not from university professors but from third-rate moneylenders.

Moreover, it seems that the Ukrainian public government, ie those who formally hold public offices, starting from the top, is actually just a facade for some shady structures which actually decide how we live. And it is not about some oligarchic clans, because the power of the state apparatus, if desired, is sufficient to curb any oligarch (we have seen examples). There is something slightly more dangerous.

Let’s recall news? Transcarpathia - criminal enclave of smugglers, some areas of Rivne, Zhytomyr, and Volyn regions - criminal enclaves of amber miners, Lugansk and Donetsk region - the apotheosis of illegal mines and organized crime. What else we do not know about our Ukraine?

At each site, in each village, if desired, one can find an abscess. All possible industries are occupied by bandits, who have changed their sweat pants into expensive suits. Not a single kilogram of minerals, which form an integral part of the national wealth, can be retrieved without the consent of so-called "smotryaschikh" (supervisors). None of the consignment can be carried across the Ukrainian border without giving a piece of pie to the organized crime.

The list is endless and includes absolutely all spheres of life. Since independence, Ukraine has turned into a criminal territory with nominal law and clear divisions of the population, not by a merit, but by a criminal hierarchy, where a small privileged layer can do what they wish, while everyone else is left with nothing, just bend your back to the masters, directly or indirectly. And today it means not just to work for scant reward, but also to shed blood and to put down lives in the war.

The question of who really runs Ukraine today is more relevant than ever. Competence of senior officials must require mandatory public license. Because there is no logical explanation why a president suddenly starts to repeat all the failing steps of its predecessor, whose sad fate should not be emulated.

None of the ruling Ukrainian regimes has learned to speak the truth to the people and really rely on people in making certain state affirming decisions. Instead, the government continues to serve as a cover for IMF, it executes criminal’s decisions, it mocks its opponents.

To get rid of criminal metastasis at the level of society as a whole is extremely difficult. Only unconditional honesty, loyalty to ideological principles and belief in them, strength to endure challenges, courage to take responsibilities, and enthusiasm to lead others make it possible to put the state's interests before own. Without all of this, a chess game of sophisticated political duel becomes a Chapaev game, and a dream of the Nobel Peace Prize turns into the understanding of inevitability of a press conference from Rostov-on-Don.