The “ACTION” in action. Dnipro reports on another victory 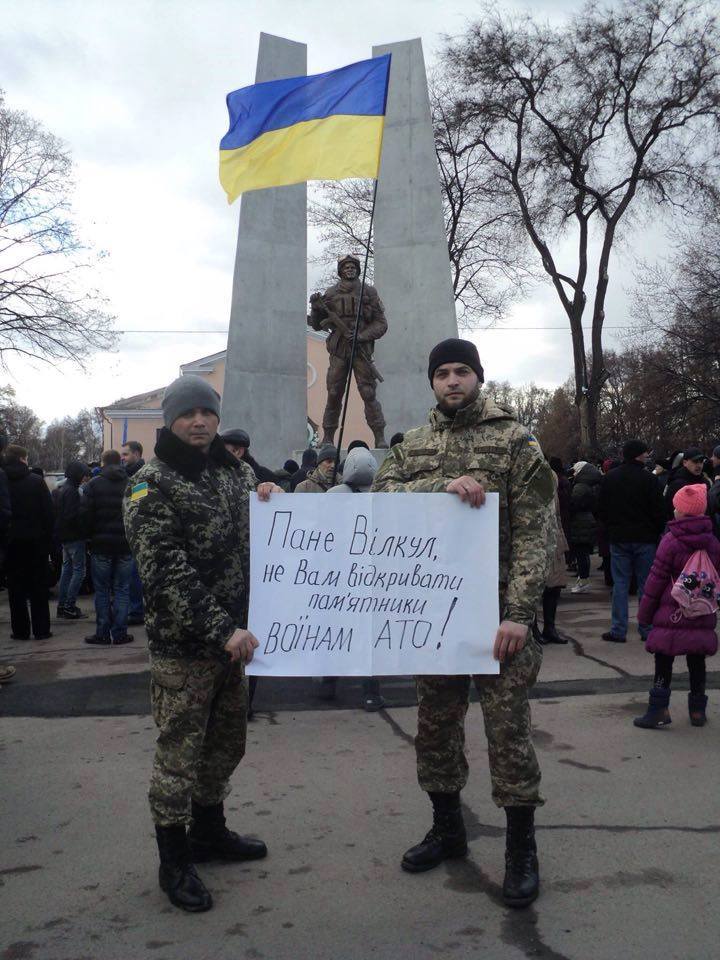 All are well aware who is Alexander Vilkul and what he did for the country. In particular, a country called Russia.

His biography had it all - his team plundered millions from the budget and property in Dnipropetrovsk, destroyed the local healthcare by experimentations, showed an obsequious eagerness to please the "surgeon" Zaldostanov, and finally – organized the Anti-Maidan - beatings and killings of the Ukrainian citizens during the winter of 2014 and participation in subsequent attempts of surrendering Ukraine to the Putin bandits.

It was a shameful stain on the facade of the Dnipropetrovsk city which had been declared to protect Ukraine. Getting rid of the rewards was a matter of honor for our Movement.

In November 2015 the UVC "the Right Sector - Center", which is now a regional branch of the National Movement "Action", wrote a letter to the Dnipropetrovsk City Council with a proposal to correct the error and deprive Alexander Vilkul the honor he does not deserve. In early March, Dnipropetrovsk RS organization "Action" reminded the public about the filed appeal and reinforced it with an e-petition, which was supported by the citizens.

One way or another, but the city council was forced to bring the matter to a trial. It does not make any sense to list all the "for" arguments and, claimed by the present Oppo-block, "against" arguments, especially when “against” arguments were just demagoguery and another ass licking.

After two hours debate on March 23, 2016, 38 deputies out of 64 voted in favor of the initiated and pressured by us question.

Alexander Vilkul was deprived the title "Honorary Citizen of Dnipropetrovsk."!

Maybe it's not the greatest and ultimate victory, but it is a won battle.

Now, in addition to the "honor", it is our quest to deprive the criminals of all the other values - freedom, looted wealth, and quiet life. And it will happen!

The following photos are made at the front line. Avdiivka, Pisky, Hnutove, Lebedynske, Pervomajske have joined the action.