Dmytro Yarosh: there will be no way to escape from Ukraine, like your predecessors did 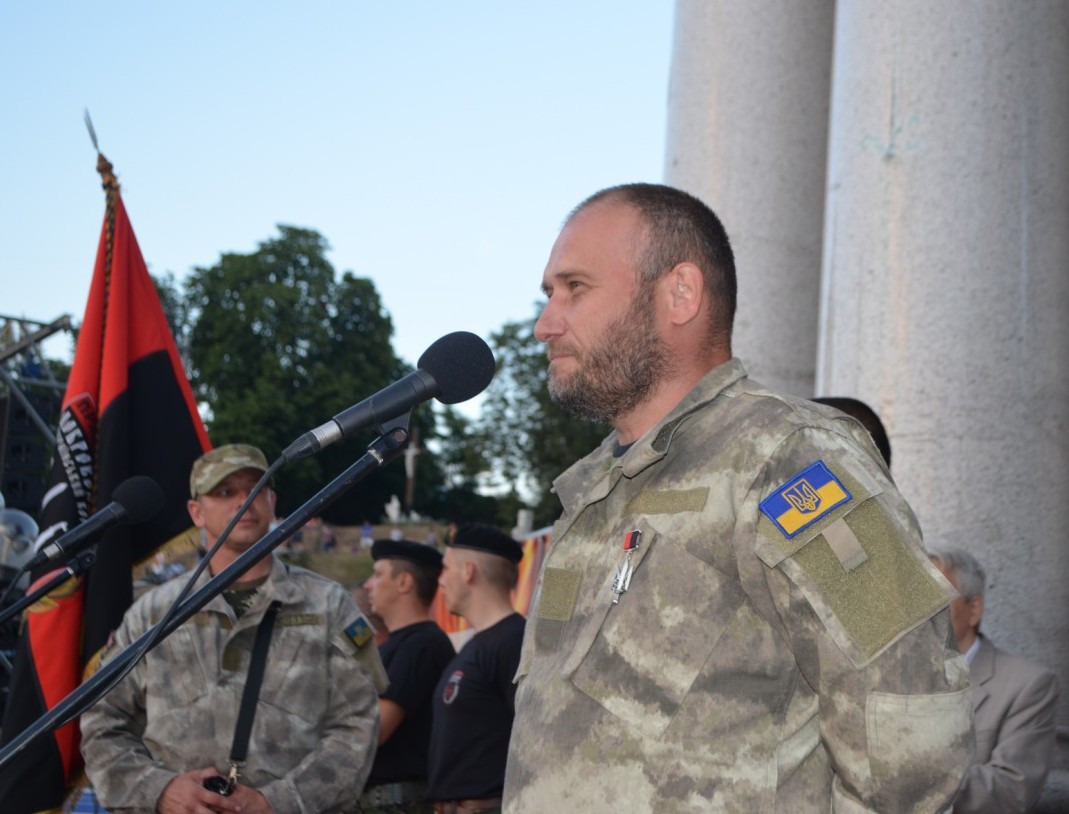 Anti-Ukrainian mob conducts a systematic restoration of pre-revolutionary orders and provokes Ukrainian people to rebel once again. As proof, there if a sequence of recent events, including the detention of my friend, Sergiy Sternenko, in Odesa city.

I warn the ruling regime; it is enough to play counterrevolution, it is enough to assist Putin’s games and wobble the state, since this is exactly what you have been doing for the last year and a half. People’s patience is decreasing, and it becomes impossible to stop people from armed resistance.

I am asking the statespersons and the heads of state law enforcement agencies to stop the repressions against patriots. Otherwise, the ending of your rule will be woeful. This time there will be no way to escape from Ukraine like your predecessors did.

I am asking all citizens of Ukraine, the fighters and activists of the National Liberation Movement "The Right Sector" to get ready for active civil disobedience acts, the main target of which will be the elimination of internal occupation regime and achievement of national sovereignty of the Ukrainian people.

Commandment of the Ukrainian Volunteer Corps “The Right Sector” and the Heads of civil and political wing of “The Right Sector” have to submit certain offers on conduction of actions and measures, and to start the negotiations with the representatives of the other political, civil and military forces, in order to join the efforts to fight against political repressions.

Freedom to Sergiy Sternenko, Ruslan Demchuk, Yevgen Rezvushkin, and all other Ukrainian patriots who were put in jail by the regime! Glory to Ukraine!

Andriy Mukha, an attorney, on the case of the detained leader of ‘The Right Sector’- Odessa

Artem Skoropadsky commented about the situation regarding the detention of the head of ‘The Right Sector’ in Odessa by phone.

On September 8, 2015 at 5 AM there was a tragic event in the village of Orly, Pokrovsk District, Dnipropetrovsk Region. Two cars collided - Volkswagen T4, carrying fighters of the 1st Special Assault Squadron UVC the Right Sector and UAZ, carrying military personnel of Armed Forces of Ukraine. As a result three soldiers lost their lives - a UVC volunteer and two soldiers from the AFU. Another Right Wing soldier is in an intensive care unit in a life-threatening condition.

We express our sincere condolences to the families and colleagues of the victims.

For more information regarding the arrangement of funerals and family assistance or assistance to the injured soldier, contact Jana Zinkevych. A hotline number is on the photo. 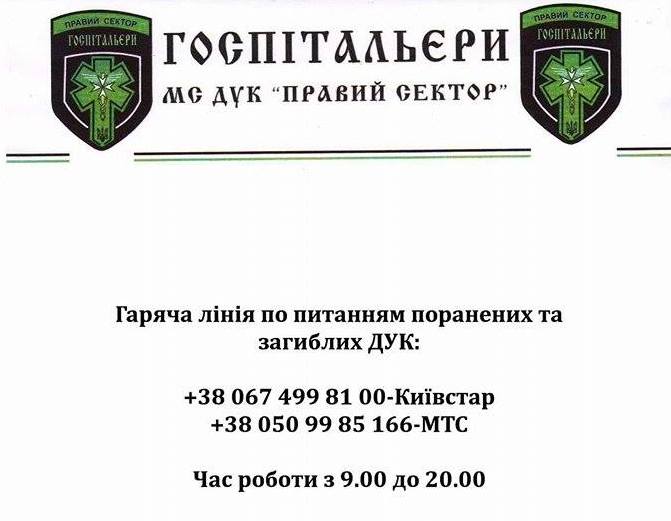 Medal "For the sacrifice and love for Ukraine" 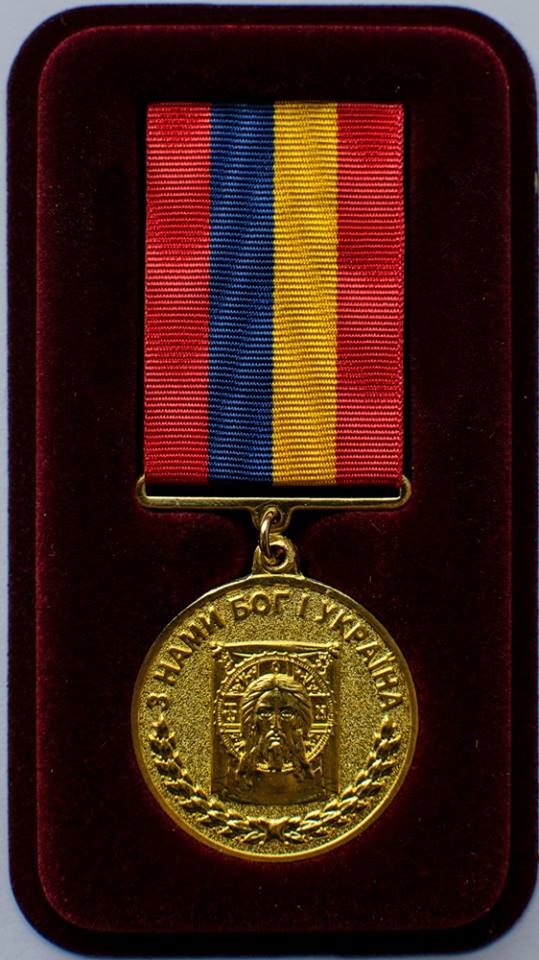 A new church award has been founded - the Medal "For the sacrifice and love for Ukraine with the blessing of Patriarch of Kyiv and All Rus'-Ukraine Filaret in Ukrainian Orthodox Church- Kyiv Patriarchate.

"This medal is awarded to people who have shown active citizenship, heroism, self-sacrifice during the events of the Revolution of Dignity, while defending the Homeland in Donbas and Crimea, as well as volunteer activities. 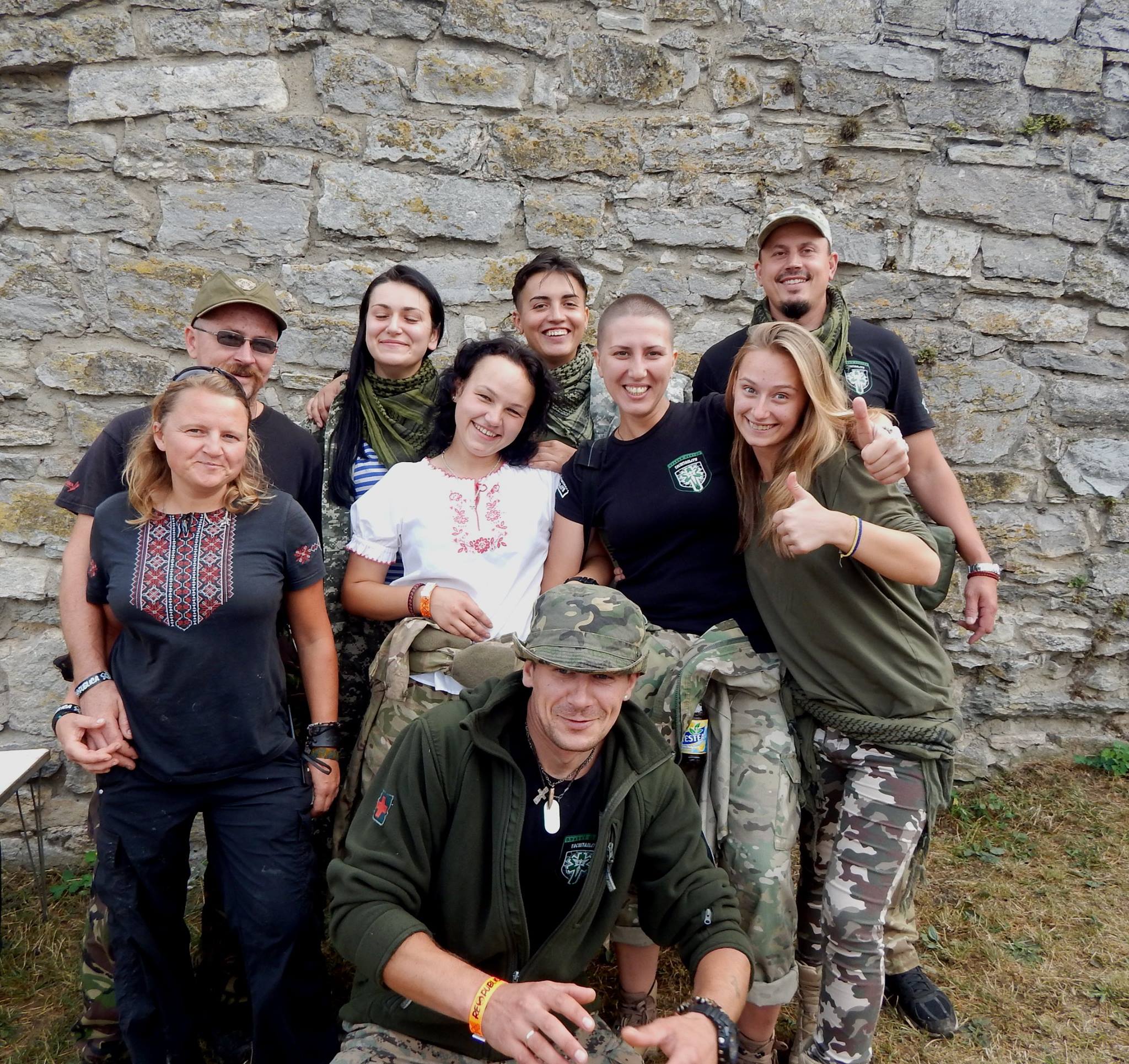 One more battle at the internal front has ended. The "Republic". has won. For five years, the largest music festival in Ukraine has been struggling with Burgess and turning into zombies the youth. With the help of art, it destroys the format of "culture" that is imposed on us by TV and radio with the unspoken agreement of the state. That is why the tickets for the festival can be received in exchange for a TV-set and a carpet.

«Frankfurt’s wagon train» at the UVC base

A volunteer organization from Germany “Frankfurt’s wagon train” sent humanitarian aid to the base of the Ukrainian Volunteer Corps “The Right Sector”: the vehicle for the Duk-info unit, medicine and a wheelchair for the "Hospitaliyery" and various necessities.

The charitable festival "Povstanec". will take place in the Cossack Fortress "Dahnivs’ka Sich" in Cherkasy on September 19-20.

The aim of the festival is to raise funds for the treatment of wounded and purchase of individual kits for fighters. The field medicine unit "Hospitalyery", who are fighting for the lives of our soldiers on various fronts will receive the purchased medicines. 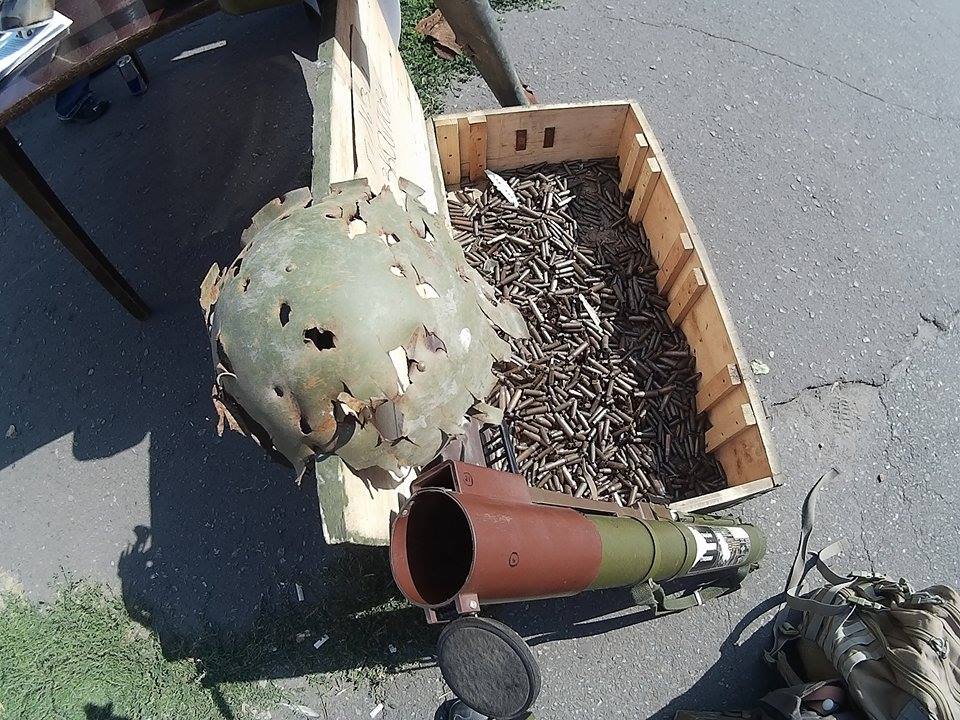 In the center of the Kam’yanske- town (Dniprodzerzhyns’k) there has started an open-air exhibition. Soldiers of ‘Black Mist’ with ‘The Right Young’ have taught people to the skills of arms usage and talked about ‘things’ that have been exposed. People have received only positive emotions! Everybody made pictures with fighters and maquettes. Cases were given to the large and the small ones! We plan such exhibition In the future! Glory to Ukraine!

The UVC fighters greet all the students in the country! (watch to the end) :)